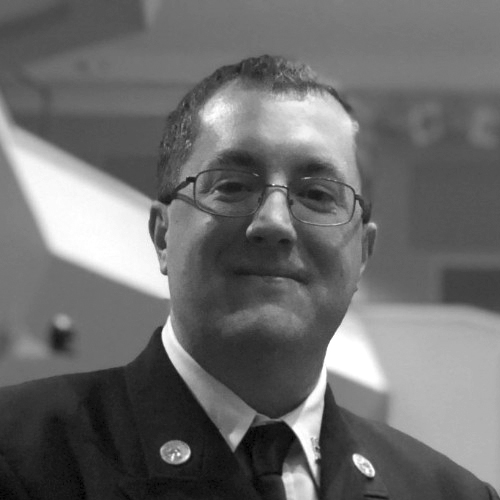 Nicholas J. Adams, MPA, CEM, Paramedic, has over 25 years of experience in the EMS industry. Since his EMS career began in 1992, Nick served with several agencies including the Georgia Army National Guard, CareLine EMS (later AMR), and Mountain Park Fire & Rescue.  In 1998, he joined Cobb County Fire & Emergency Services, a large fire-based EMS agency (720 employees, +60,000 incidents per year), where he is currently the EMS Operations Captain.  In that role, he has been involved in the responses to Hurricane Katrina, the FedEx (Kennesaw) shooting, Ebola Viral Disease preparedness, and numerous severe weather impacts.  He works closely with the Region N Healthcare Coalition to bolster regional preparedness for a disaster or public health emergency.  Nick earned his Bachelor of Science in Emergency Management and Master of Public Administration with a focus in Emergency Management degrees from Jacksonville State University.  In 2017, Nick was awarded the NAEMT EMS Advocate of the Year for his legislative advocacy and dedication to the EMS profession. Nick serves on the Board of Directors for the Georgia EMS Association and was a founding member of the Metro Atlanta EMS Conference.  Nick proudly shares his expertise with others as a local, regional and national speaker.