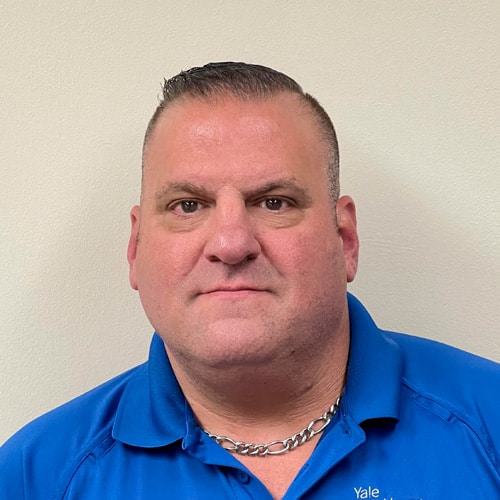 Leonard “Lenny” Conway began his EMS career at the age of 16 when he became an EMT. He first volunteered at Naugatuck Volunteer Ambulance quickly followed by employment at Medstar ambulance in Waterbury Ct. Lenny worked in EMS until he was hired by the Waterbury Police Department in 1996. While at the Waterbury Police Department as an EMT he helped teach other Police Officers and keep EMS supplies and classes in good working order. In 2010, due to an unfortunate line of duty injury, he was forced to take an early retirement and returned to his original passion, enrolling in the then named New Haven Sponsor Hospital Paramedic program. He worked for Danbury Hospital EMS as a Paramedic until he threw his hat into the world of medical education at YNHH Center for EMS. Lenny quickly fell in love with the world of medical education. Lenny found his niche when he began to care for the equipment and manikins at CEMS. Soon after he proved his talents in running simulations and keeping the manikins in good working order and all of the equipment well organized, he was promoted to the equipment and logistics Coordinator, the current role he now holds.

Save big with Early Bird Registration

Get notified when the Early Bird deal goes live!