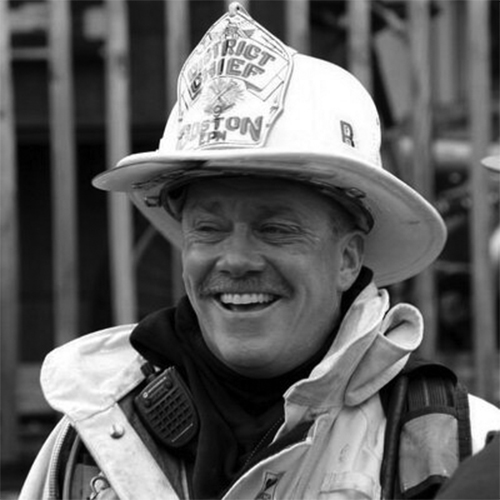 Emmet “Pat” Nichols is currently a District Chief with the Boston FD, assigned to District 9. Pat started with the BFD in 1986 and was assigned to Engine 22 and then Ladder 10. Promoted in 1991 and assigned to Ladder 26 for the next 12 years, before transferring to Rescue 2. In, 2005, after being promoted to Captain, he was assigned to Ladder 25 and then to Ladder 26 until 2008 when he transferred to Tower Ladder 10. In May of 2013 Pat was promoted to his current rank of District Chief. Pat has also been a certified instructor for the Massachusetts Firefighting Academy since 1991. He is also a co-owner of PL Vulcan Training Concepts, where he instructs Fire Service members Nationally, as well as Internationally. Pat is also a member of FEMA’s US&R team, MATF-1, where he is a Squad Officer. Pat began his Fire Service career with the Naugatuck Volunteer Rescue Squad in 1977.