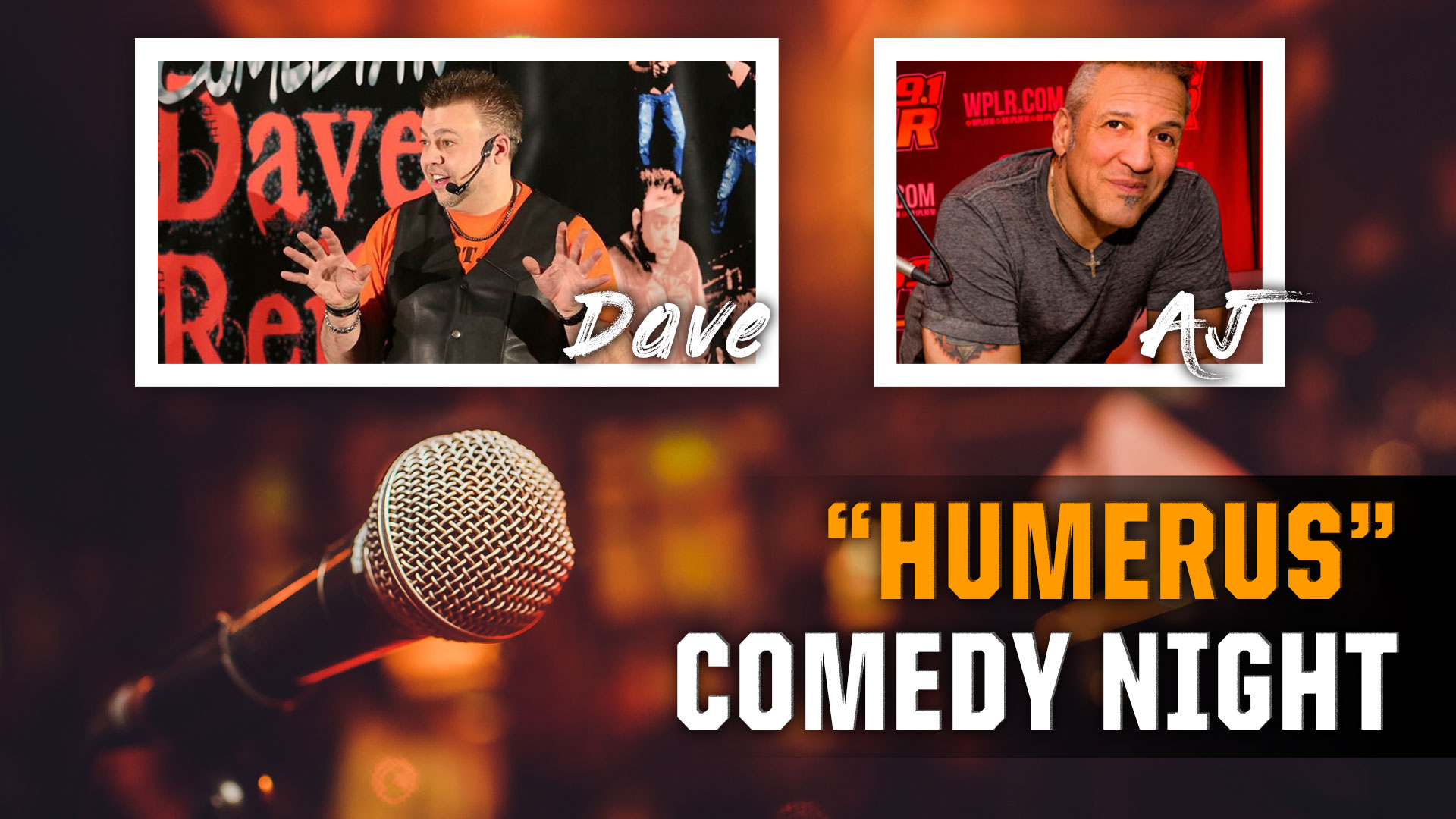 Dave has over 25 years under his belt as a headlining comedian as well as another 10 years prior in the entertainment field which also includes several years of owning and operating 4 successful comedy clubs in New England.  Dave has performed with some of the best comedians from both the east and west coast.  Being mentored by some of the comedy greats afforded Dave the opportunity to hone his skills and material with great comedy mentors.  Daves comedy material and improv now stands on its own as one of the longest non-stop-hilarious stand-up comedy shows currently on tour today.  You can watch Comedian Dave Reilly deliver over 2.5 hours of non-stop laughs on any given day.  In addition to being a great comedian, Dave is also an illusionist, escape artist and a fire eater!  Over 95% of Dave’s shows end with a standing ovation with the crowd begging for more.

AJ of Chaz & AJ in the Morning has been the co-host for 20 years. He was born & raised on Long Island before coming to CT 15 years ago. In addition to co-hosting the show, he is also an actor who has been seen in a few Indie films, a TV pilot and regularly does stand-up comedy. A major car guy and motorcycle fan, he can be found either at his Blood Sweat & Gears car club cruise nights, car shows or hosting the annual AJ’s Car Show. As his Facebook page states, he’s all about “Cars, Cats & Comedy.”